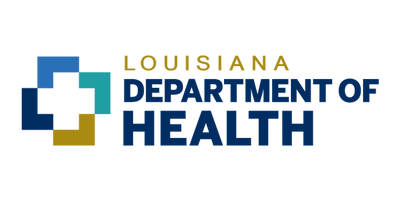 The damage, destruction and dislocation of Hurricane Katrina is on a scale never before experienced in the United States. In the wake of the storm, the State of Louisiana set up a family assistance call center to address the needs of those affected. The center provides relief information, takes missing person data, and reconnects families. The center is using @RISK to predict call volumes and staffing requirements.

Call Center for Reporting and Assistance

When Hurricane Katrina made landfall, Henry Yennie was serving in the disaster response command center in Baton Rouge, Louisiana. As a program manager in the state’s Office of Mental Health, Yennie served on a team to deal with the aftermath of the storm. Upon the request of the National Disaster Medical System’s Disaster Mortuary Operational Response Team (NDMS/DMORT), the Office of Mental Health was asked to set up a family assistance call center. Families that had been scattered would use the center to locate relatives who had survived and those who did not. In the course of receiving reports on missing/deceased persons, call center staff also provided referrals to relief agencies and programs. In many cases, these calls evolved into crisis intervention and grief counseling sessions.

The team organizing the call center would need to staff and furnish an operation in less than three days. Disaster management experts from across the country were on-site to advise the team, and they had a few data benchmarks the team used to estimate call volume—e.g., 12.8 calls for every death after 9/11; 30 calls per death after Oklahoma City, etc. Given the initial estimates of 10,000 to 20,000 deaths, the team began with a twenty-four hour phone response team of about 100 people per shift, 3 shifts per 24-hour day, 7 days per week. “Our mission was compassionate data collection,” Yennie recalls, “and the telephone was the big funnel at the front end of the system.” The telephone response team would furnish data to the DMORT workers at the call center, who would attempt to match the information to data from the morgue or to information about still-missing persons.

In the wake of Hurrican Katrina, the State of Louisiana set up a family assistance call center to provide relief information, take missing person data, and reconnect families. The center used @RISK to predict call volumes and staffing requirements.

As the phones began ringing and continued to ring, Yennie realized that staffing for the call center was not synchronized with the volume of calls or the timing of them. Therefore, at the same time his group was in the midst of responding to urgent family needs, Yennie, a former social worker and consultant in behavioral health, began to develop a model for family assistance call load that could provide reasonable predictions of necessary capacity, staffing and budget parameters for organizers of future assistance centers.

Having used @RISK during his consulting days, Yennie was familiar with the software, and Palisade furnished copies to the call center without charge. To begin the model, he identified the “major drivers” of load—timing and duration of calls, number of deaths, number of initial calls that became full telephone interviews, and so forth. “Everything was being done on the fly, and many of our staff folks had no experience with computers,” Yennie reports. “So our data collection started out pretty rude and crude. The model was rough, and we started refining it immediately.” As more data came in, Yennie continued to adjust the model’s parameters. His predictions of call volume became more accurate, and he was able to make better staffing decisions: “@RISK’s ability to handle highly uncertain information made it invaluable in coping with a disaster like Katrina.”

To date, the call center has been successful in reuniting over 8,000 Louisiana people of 11,000 reported missing, and to make positive identification of approximately 900 of the estimated 1,100 people who died.

Yennie’s model is still very much a work-in-progress. “As we continue to receive calls, we are refining this model—and with @RISK this is enormously easy,” says Yennie. “It’s tightly integrated with Excel, and I can use an @RISK function in a formula.” He says @RISK’s charting and output functions are essential to making his work meaningful to decision makers. “Once they understand the premises, they get a much more thorough understanding of the situations we have been confronting.” In order to really learn anything from the devastating experience of Hurricane Katrina, he says, “We need to cast this in terms of data as well as emotion.”