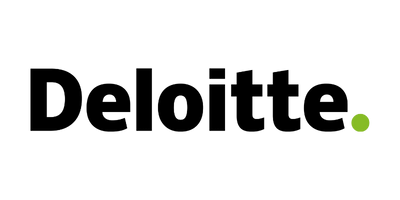 The impact of mining on the environment can be devastating, causing severe damage to the soil, the vegetation, the water and the local communities. To put a stop to this situation in South Africa, the Department of Mineral Resources (DRM) made it a legal requirement that all mining companies undertake environmental rehabilitation activities, both during mine operations as well as at the point of mine closure, to ensure the area mined is returned close to its original state. This type of rehabilitation is a significant financial undertaking for mining companies as it requires appropriate investment and funding strategies over a considerable period of time – sometimes for as long as 40 years. According to Jaco van der Merwe, Director of Short-Term Insurance for Deloitte AIS, the challenge with formulating these strategies is, “both the financial liabilities and backing assets for the rehabilitation may exhibit volatility and random fluctuations, so it’s important for companies to select financial strategies which minimize the risk of a funding shortfall while avoiding inefficient use of funds.”

Deloitte AIS had a long-standing client in the energy and resource sector, with significant interest across a number of large mining operations in South Africa. They looked to the Deloitte AIS team to help them plan for the necessary rehabilitation requirements such that they would reduce the risk of funding shortfalls – as well as the risk of overfunding and inefficient use of capital – while maintaining regulatory compliance and facilitating proper and responsible environmental care and sustainability.

Deloitte Actuarial and Insurance Solutions (AIS) is a specialist insurance and actuarial consulting team, based in South Africa, which operates in more than 40 countries worldwide. Their remit is to provide advanced analytical solutions that enable the financial well-being and solvency of their clients, who include many life and short-term insurers across the African continent, as well as energy and resource companies. Deloitte AIS used Palisade’s @RISK to construct financial models that captured the inherent risks in the liabilities and assets for one of their clients in the mining industry, and subsequently enabled that client to save billions of South African rands.

The Deloitte AIS team began by looking at the cost cash flows associated with mine rehabilitation activities, both those that would be incurred over the life of the mines as well as those that would be incurred upon the mine closures. They also needed to anticipate the possibility of unplanned, early closure of certain mines, which could generate unpredictable closure expenses. In addition, the team considered the build-up of the assets fund from which the rehabilitation activities would be paid – these funds would be a result of contributions as well as the potential return on investments.

Palisade’s @RISK software enabled Deloitte AIS to quickly and efficiently construct the financial models they needed to capture the nature and profile of the risks for both the company’s liabilities and the assets. In the past, the team would construct models manually in Excel. These models took significantly more time and effort and often cost more, as they required extensive error checking. The @RISK software enabled them to quickly build, set-up and populate their models, and provided elegant visualizations of their Monte Carlo simulations which ultimately allowed them to focus on the risks, instead of worrying about the modelling. “@RISK speeds up and significantly simplifies the stochastic model-building aspects of our work. We can focus more on the strategies and advice and less on model building, debugging and error tracing,” said van der Merwe.

“With @RISK, we were able to construct a projection model which reflected the risk of ‘mis-funding’ throughout the life of the mines and the subsequent rehabilitation periods,” explained van der Merwe. “As a result, we were able to highlight the appropriate funding options and strategies for our client which met their risk appetite and requirements.”

By modelling the risks with Palisade’s @RISK, Deloitte AIS was able to help their client avoid an eventual overfunded position of several billion rands. “In addition, we were able to reduce the amount of contributions required by almost half, simply by applying a sensible investment strategy,” added van der Merwe.