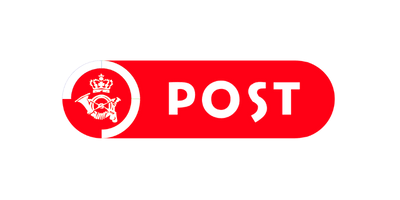 Post Danmark is Denmark’s national postal service company. With roots going back to 1624, it was fully owned by the Danish government until 2005, after which ownership was shared with its employees as well as a private equity firm.

A Risk-Focused Approach on Operational Risks

In order to proactively manage the risk that it recognises is an element of its everyday business, Post Danmark held a risk mapping workshop. The event, which was attended by selected employees from each of the organisation’s business units, aimed to identify operational risks facing Post Danmark, and outline activities to reduce their impact, should they occur. Having determined these risks, these were then rated in terms of how likely they were to happen, the severity of the consequences should they arise, and the degree of control that is exercised to prevent them taking place.

Post Danmark has registered the details of every insurance-related incident / hazard risk that has occurred since 1996. As a result it has an in-depth knowledge of what has happened, the cost of each accident and what constitutes a high-risk hazard. As well as being used to determine where it can minimise the chance of incidents occurring, this data is used to estimate its insurance premiums, which have to be put out to a European-wide tender every three to five years.

More recently Post Danmark wanted more accurate calculations in order to ensure that the premiums being offered by insurance companies were a true reflection of the organisation’s risk undertaking. It needed to be confident that it had factored in every element of risk, at the same time as knowing the quotes it received were right.

Post Danmark enlisted the expertise of a top risk consultancy for the project, who in turn recommended @RISK software from Palisade and developed a risk analysis model that used past events to predict the likelihood of future ones. Excel-compatible, @RISK uses Monte Carlo analysis to show all potential scenarios, as well as the likelihood that each will occur, thereby providing the decision-maker with the most complete picture possible.

A consultant on the project explains: “Post Danmark had been meticulous in collecting data relating to every eventuality against which it must insure itself. @RISK extracts true value from this information because it quantifies the risk faced by the organisation in a measurable format. The technical sophistication of @RISK enables models to be built that reflect complex scenarios and are straightforward for users to deploy and interpret.”

Post Danmark wanted more accurate calculations to ensure that premiums being offered by insurance companies were a true reflection of the organisation’s risk undertaking. They developed a model in @RISK to do just that.

Post Danmark must insure itself against losses resulting from events such as post office robberies, theft and fraud. It also has to take into account anything that will increase employment costs, such as industrial accidents involving its postmen and women and legislation. In addition it must have cover for damage, both actual and third party, related to its fleet of vehicles as well as its buildings and property. Data for past occurrences such as these are input into the @RISK model which calculates how likely these are to happen in the future, as well as the severity to Post Danmark if they do.

Ulrik Mester, risk management consultant at Post Danmark, comments: “Because we record every accident that has happened, in the past we have been fairly confident that the insurance premiums we had been paying were right. However, we wanted to move this up a level and be more certain that we were investing our funds in the most cost effective way for the organisation. @RISK has helped us to do this.”

@RISK gives Post Danmark a clear understanding of the chance of a vast range of accidents happening. As a result Post Danmark underwrites a large part of own risk which means lower insurance premiums.

Mester explains: “The combination of our data and @RISK’s technology has given us the confidence to predict exactly what risks we face, as a result of which we do not need to pay so much for our insurance.”