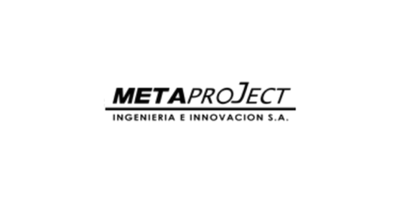 On August 5, 2010, a wall column in the San José mine in northern Chile collapsed, trapping 33 miners 700 meters underground. A second fall two days later, blocked access to the lower parts of the mine. The challenge was how to rescue the miners as quickly as possible, as well as ensure that their mental and physical health was maintained while the rescue mission was planned and implemented.

The rescue operation was very risky, not least because it was possible that another landslide could occur, with causal factors including geological faults, lack of accurate information from the plans of the inside of the mine, and insufficient knowledge about the structural geology of the mine. The additional drilling required to rescue the miners could have caused walls to collapse further as a result of micro fractures and faults in the rock.

As a result, it was initially believed that the operation to save the miners would be a very long process. The first estimates suggested that they would have to wait around five months to be brought back to the surface, although this was then revised to three or four months. However, 65 days after the first rockfall, one of the rescue drills broke through to the underground chamber, and the first miner was brought to the surface on October 13, 2010. The rescue operation was completed 22 hours later.

The magnitude of risk can be defined as a multiple of exposure, probability and severity, where:

Metaproject used Palisade’s decision tree analysis tool, PrecisionTree, to evaluate the various rescue alternatives from a technical and economical perspective. This enables an informed decision to be made with regard to selecting the option that is the least risky to the miners.

A key decision was whether to raise the miners to 300 meters below the surface, or to keep them in their current location near the refuge at 700 meters. There were also several drilling options for reaching the trapped miners:

A: Use of a Strata 950 probe to drill a ‘well’ 66 centimeters (cm) in diameter through which the miners could be lifted. The greatest risk was that the well would collapse when the cage containing the miners was raised to the surface. This rescue operation would take around three or four months, depending on the quality of rock, and other obstructions which were, at the time, unknown.

B: Because as many rescue alternatives as possible needed to be considered, the use of the larger Schramm T-130 drilling probe was also explored. This would enable a wider well (between 66cm to 80cm diameter) to be drilled. The risks were similar to those in A but, because the larger well meant that the rescue would be quicker and therefore reduce the exposure of the miners, the magnitude of risk was less. The timescale was similar.

C: Use of the proven DTH (Down The Hole) 26” probe or oil drilling RIG-421. Fast and powerful, this could potentially reduce the rescue time to one month, which would have decreased the miners’ exposure to risks.

D: A vertical tunnel to the miners could have been built. This would have required construction and was therefore more expensive and would take longer – however, it was an effective option. The key risks were ‘slabs’ (ventilation problems during the building process as the tunneling would have been carried out ‘blind’), general ventilation issues in the confined space, and the potential lack of patience of the miners.

E: An alternative (horizontal) tunnel could have been excavated from an already-drilled well under the collapsed site to reach the miners directly in the refuge. From here they could walk along the tunnel and be brought to the surface

The main issues and risks that had to be factored in to any calculation are as follows:

PrecisionTree Shows Viability of Each Option

PrecisionTree presented a matrix of statistical results for each branch tree (i.e. rescue option). This made it is possible to ascertain, for example, that for some of the drilling options it was feasible to move the miners in two stages, but for others it was not, due to logistical problems.

The PrecisionTree analysis showed that the best option for rescuing the miners was to use the Schramm T-130 (Option B) followed by Option C, the DTH QL 200 (which was replaced by the drilling RIG-421). In addition, it was recommended that both options were used at the same time. Using two techniques would diminish the risk and increase the reliability of the rescue mission. The option of bringing the miners to 300 meters first was rejected.

Manuel Viera explains: “Palisade’s PrecisionTree is an excellent tool for modelling and conceptualizing real-life problems and analyzes alternatives that are technically feasible and economically viable in an Excel format. This can be applied to complex problems that have a big impact, and was therefore ideal for a major disaster such as the trapped miners.”

The actual rescue operation used three drills at the same time: Drill A, the Strata 950 raise bore machine; Drill B, the Schramm T-130 machine; and Drill C, the RIG 442 machine. As predicted by the Metaproject PrecisionTree analysis, Drill B was the first to reach the miners.