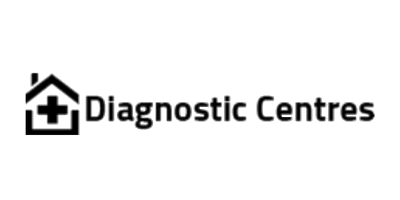 Intelligent and live predictions with application of NeuralTools

Using a contrast agent like gadolinium is a valuable tool that allows Dr. Biswas and his colleagues to have improved visibility of internal body structures. Gadolinium is a paramagnetic substance, that has small local magnetic fields which cause a shortening of the relaxation times of the surrounding atoms ultimately improving tissue discrimination in MRI. This can give a higher or lower signal between two tissues enabling them to be better differentiated. However, since gadolinium can cause complications for patients, Dr. Biswas wanted to be able to create the same enhancement to the brain tumour that gadolinium would give, but without actually using it. This led to research that would help determine the probability of the ability to produce an enhancement-like effect of the brain lesions of MRI images mathematically without intravenous injections of gadolinium.

With neural networks analysis able to intelligently predict outcomes based on multiple pieces of input data, Palisade’s NeuralTools was the software of choice for Dr. Biswas for this research. As a sophisticated neural networks tool that works directly in Microsoft Excel, it could create accurate new predictions based on patterns in known data that were easily accessible, and simple to read.

Contrast mapping technique invaluable to the success of the research study

Using various historical magnetic values of tissue, both brain and tumour pre and post-gadolinium injection, were used as data inputs. Dr. Biswas followed the standard steps for designing neural networks to predict the signal and gray shade values of unknown tissues in four application areas: function fitting, pattern recognition, clustering and time series analysis. After understanding the data, NeuralTools worked through the following steps: analysis of the data, training the network on the data provided, testing the network for accuracy and lastly making intelligent predictions. These predictions consisted of forecasted values for the magnetic signal of the unknown tissue. The partial (input) data known about the target tissue was its T1 value, or spin-lattice relaxation time (1). The predicted signal values could then be translated into a gray value of 256 possible shades.

In effect, the mathematical analysis of the predicted values from the NeuralTools analysis enabled Dr. Biswas to create an MRI-like image of brain lesions without the dangers of using gadolinium contrast dye. a neural network and without a Gandolinium IV contrast was possible.

Biswas X-Ray and Scan Centre is located in Asansol, a coal city in eastern India. It is a dedicated imaging and research laboratory that specialises in brain tumours. Dr. Tapan Biswas, a member of the Indian Radiological Association and founder of the Biswas X-Ray and Scan Centre, had been keen for some time to establish a protocol that would allow his Centre to determine the pathological changes in brain tumours without the use of the injected contrast dye intravenous gadolinium. The contrast agent has been linked to the development of nephrogenic system fibrosis, a serious condition of the joints, skin and internal organis. It is highly toxic despite it being widely used in MRIs to enhance or discriminate brain tumours.

Dr. Biswas commented, “The result of this study means contrast enhancement like simulation of brain tumours can be done accurately. Using NeuralTools, and specifically its Live Prediction feature, we have been able to stop using gadolinium, whilst the discrimination of various brain tumours pathology can still be made.”

He added, “We are delighted with NeuralTools; part of this study would simply have been impossible without it. The live prediction function is also extremely useful, and something that has been key to the study – it provides us with very accurate data very quickly. NeuralTools will continue to be a key element of the work we are doing here.”

The table below depicts how the dataset manager trains the inputs and tests to predict. Most of the predictions were found to be good. Residual values (between original and predicted value) show a range from -0.97 to -19.28. 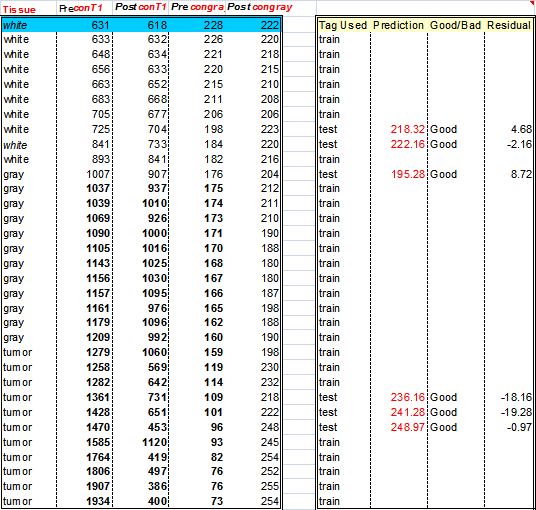 (1) – Spin-lattice relaxation is the mechanism by which the z component of the magnetisation vector comes into thermodynamic equilibrium with its surroundings (the “lattice”) in nuclear magnetic resonance and magnetic imaging. It is characterized by the spin-lattice.